The history of golf in the Algarve!

The Algarve, Portugal’s southern-most region, is primarily known as one of the world’s top golfing destinations. It’s almost hard to imagine what it was like before the sport took over this 165km stretch of coast. With its year-round mild climate and 39 verdant courses (18 and 9 holes) spread from east to west, it attracts over a million golfers every year and in 2020 celebrates 54 years since the opening of its first 18-hole course – Penina.

Some may argue that golf arrived in the Algarve in 1937, just a few years before the Second World War broke out. In fact, 9 holes were built in Praia da Rocha: sand fairways with “browns” (greens made of oil) designed to entertain the recently arrived Brits. Sadly, with the beginning of the war, these were abandoned and golf wasn’t heard of again.

That is until John Stilwell, an Englishman born in Lisbon, decided to invest in tourism in the Algarve. On holiday with his family in 1961, John saw a property that belonged to a distant cousin and had a vision. This is where, together with family and friends, he would build the first 5-star hotel and golf course of the region. 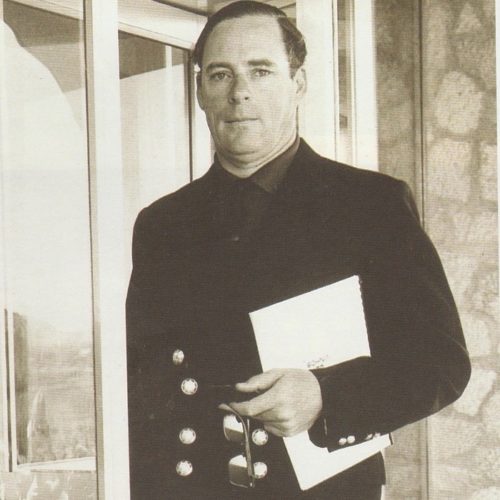 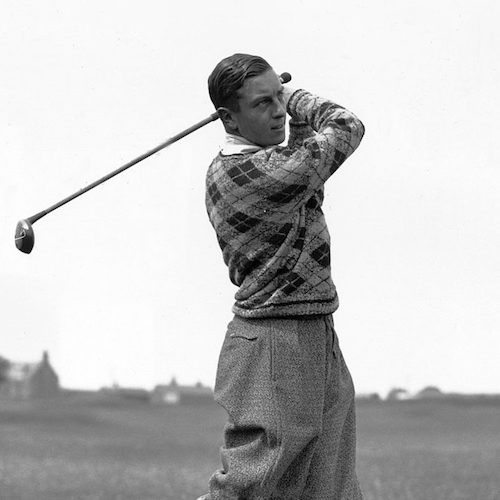 With the help of Sir Henry Cotton, who designed Penina’s Championship Course, his vision became a reality. Rice paddies were transformed into lush green fairways on which 300.000 trees were planted. On the 1st of June 1966, the first player teed off on Penina’s Championship course. Inviting journalists and opinion leaders from the UK and the USA to visit the brand new resort, John soon brought the spotlight onto this blossoming region, otherwise overlooked by the rest of the world.

Penina attracted some of the greatest golfers and celebrities of the time: Bing Crosby, Bob Hope, Arnold Palmer, Jack Nicklaus, Tony Jacklin, Nick Faldo, Sean Connery and Lee Trevino, among others, came to spend time with living legend Sir Henry Cotton, who was always accompanied by his faithful caddie, Pacífico the donkey (who soon became a celebrity himself)!

But the most notable celebrity to this day to have stayed and made his mark on Penina has to be Sir Paul McCartney. One evening during his stay at the hotel (in 1968) he spontaneously joined the house band in the bar playing the drums, guitar and piano and later also wrote a song about “Penina”.

And the rest is history…

Since then, both Portuguese and foreign entrepreneurs have flocked to this southern coast to make the most of its potential, turning it into a thriving holiday and golfing destination. Thanks to entrepreneurs and visionaries such as André Jordan the Algarve continued to grow and attract worldwide attention.

Vale do Lobo’s Ocean course, also designed by three-time Open Champion Sir Henry Cotton, and Oceânico’s Old Course in Vilamoura, by Frank Pennick, were the next courses to be built in 1969. A few years later, another emblem of the world of golf was built – Quinta do Lago’s first course.

Then came the Portuguese revolution in 1975, which brought tourism to stand still for a while. Penina itself was grounds for political discourse: in 1975 the hotel was chosen by the Portuguese government as the location for the conference which led to the “Acordo de Alvor” (Alvor Treaty) for the independence of Angola, making Penina an historical landmark. 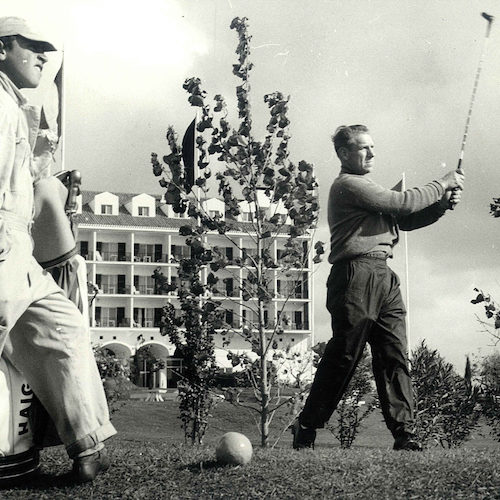 A second wave of golf course building in the Algarve came about in 1988 with San Lorenzo, in Quinta do Lago. A wave which quickly swelled and thanks to which the region now boasts more than half of Portugal’s courses, some of them counted among the best European and Worldwide courses. Several celebrity course designers including Arnold Palmer (Oceânico Victoria, 2004), Jack Nicklaus (Monte Rei, 2007) and Sir Nick Faldo (Oceânico Faldo, 2008) contributed towards the region’s high-quality golf courses.

As for Henry Cotton, who lived in a villa named Casa Branca (White House) on his beloved Penina Championship Course, he went on to design 3 more courses in the Algarve: Alto Golf close to Vau, once again with his friend John Stilwell, Vale do Lobo Royal and Benamor in Tavira. He died in 1987 and is buried in Mexilhoeira-Grande cemetery, but his legacy lives on throughout the region. 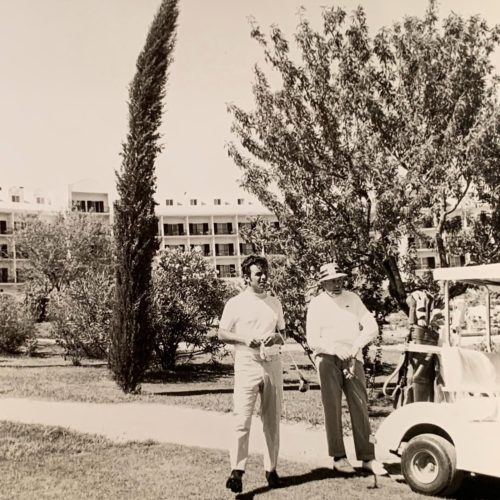 The Algarve has become a thriving golfing destination

Today the region hosts over a million golfers every year, catering to their every need, not only with some of the world’s top courses but with all of the supporting equipment and services needed for the sport, such as golf academies and specialised shops. Vilamoura golf school alone has produced some of the greatest Portuguese players of all time.

This is where Antonio Sobrinho, Ricardo Santos and Melo Gouveia picked up their first club and went on to become national heroes. 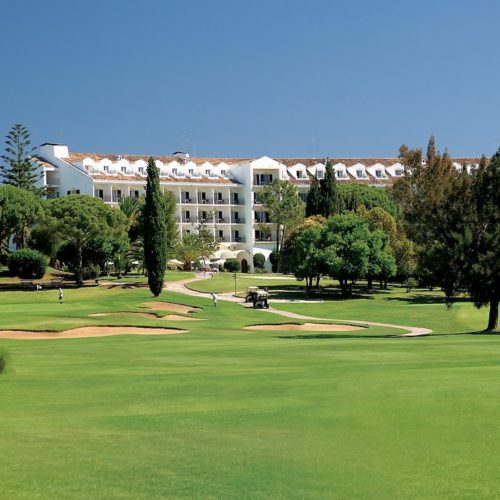 But not only does the region attract golf pros, its many international events also attract amateur players who come to watch their heroes in action. According to Keith Pelley, chief executive of the European Tour, “the Algarve continues to be a terrific backdrop for golf tournaments, having hosted both the European Tour and Senior Tours, as well as the Senior Tour Qualifying School since 2001”.

Check-out where to play golf in the Algarve (https://www.portugalgolf.net/en/golf-courses/)

Check-out our luxury villa rentals in the region (https://abvillarentals.com/algarve-luxury-holiday-rentals/)

The history of golf in the Algarve!