A can full of deliciousness! 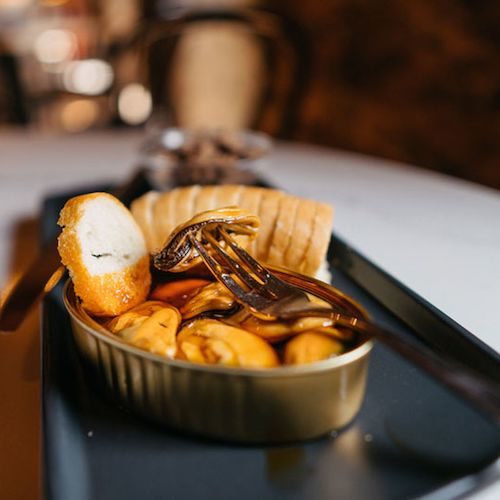 Summer in Portugal may be synonymous with sardines, but did you know that the country has a long tradition and love affair with canned fish? Basically, if you can catch if off Portugal’s coast, then it can be tinned: from sardines to horse mackerel, from tuna to anchovy, octopus to eel. Moreover, there’s also a variety of sauces its preserved in, from plain olive oil to an explosion of unbelievable flavours.

When I lived in the UK and travelled to Portugal to visit my family, I always packed a few cans to take back – a little bit of sea and sunshine on a plate to be enjoyed on grey London days!! My favourites being canned tuna in a salad or a plate of pasta mixed with smoked mussels and cherry tomatoes.

How and when did preserving fish start?

The process of preserving fish in sea salt was introduced to the Iberian Peninsula during the Iron age by the Phoenicians, Greeks and Carthaginians, and later on the Romans too. There is also some evidence that the fish was also exported to Italy, Gaul (France) and North Africa.

For many centuries salted fish continued to be the preservation method of choice but then drying and smoking slowly came into popularity.

In the late 19th Century, “Ramirez” now the oldest active cannery in Europe, set up factories in Setubal and the Algarve to can sardines in olive oil. The method of pasteurization was introduced approximately 10 years later with more canneries opening thereafter, not only for sardines but also for tuna. And Espinho (near Porto) soon became another thriving fishing industry hub.

The return of the “traineiras” (traditional Portuguese fishing boats) to ports from the north to the south of Portugal, would trigger a siren to signal the beginning of another working day for the cannery workforce, and the beheading, gutting, washing, filling the can, sterilizing etc would start… 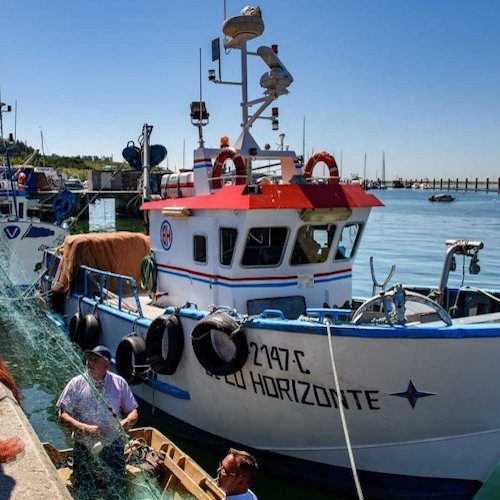 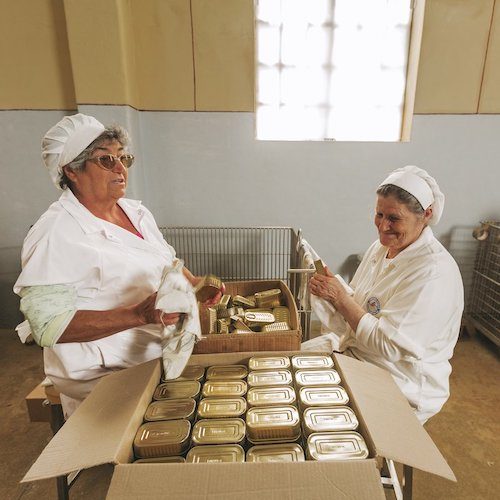 Portugal was once the biggest exporter of canned fish

At the time of World War I, the need for pre-packaged and shippable foods had escalated to a point that there were some 400 canneries in operation. I can only imagine what a treat it was for Portuguese soldiers overseas, to get a piece of “canned Portugal” in their combat rations!

But after that, the canning industry suffered a terrible period of decline, with canned fish taking the back shelf in Portuguese minds and numerous factories closing their doors.

A more modern take on the humble can of sardines!

The industry has however re-invented itself and been slowly recovering since the 1980s, helped by new technology as well as tourism. Today’s canned fish tins have become gourmet specialities using traditional methods and packaging, recreating the colourful hand-wrapped vintage labels of the iconic period of canned fish. There are even restaurants that use canned fish as the heart of their business like “Can the Can” and old fishing tackle shop comegourmet joint “Sol e Pesca” in Lisbon. 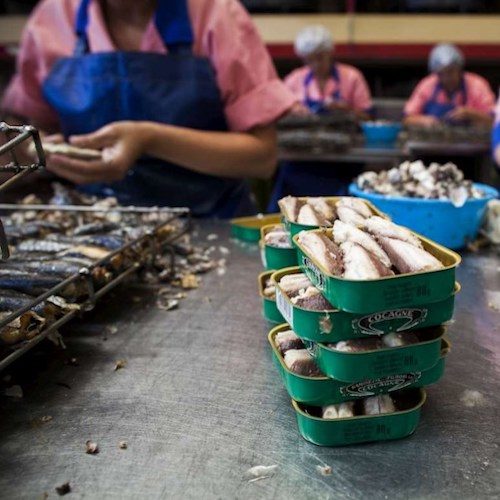 Tin seafood will make the ultimate souvenir from Portugal, and if you are staying at any of our Lisbon Coast holiday rentals, take a day out to explore Lisbon where some great shops are specialising in a wide range of canned fish:

“A Vida Portuguesa”
Has two shops in Lisbon and another in Porto, Website: https://www.avidaportuguesa.com/

And there are some health benefits too!

Allegedly canned fish is one of the oldest and healthiest fast foods in the world, with tremendous nutritional benefits.

Both tuna and sardines are a great source of Omega 3 fatty acids and loaded with vitamins and minerals, especially when boiled in sea salt and preserved in olive oil. When canning whole sardines, jellification breaks down the bones and makes them easily digestible. Hence, you can eat the whole fish and get that added calcium from the bones. Whilst canned shellfish like clams and mussels are also high in iron. Even Portuguese cardiologists recommend that people consume canned sardines at least three times a week to lower the risk of heart attacks.

For me, fish bathing in basil tomato sauce or flavoured olive oil is an addiction! 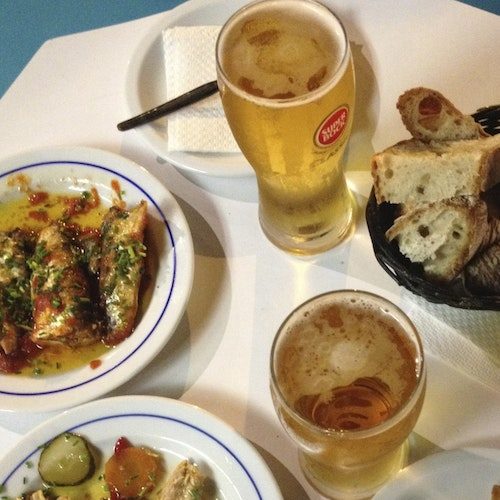