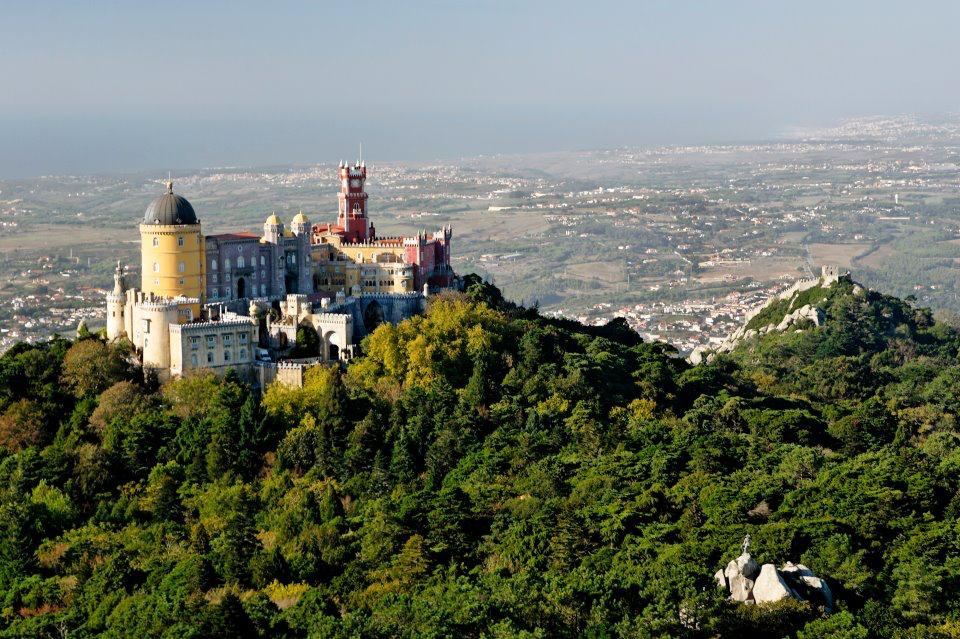 As of the close of 2021, there are officially 17 Unesco Heritage Sites listed in Portugal, with a further 19 on the tentative list. Clearly, that goes to show the wealth of fabulous destinations scattered throughout the country, indeed a noteworthy feat considering the relatively small size of Portugal. The sheer volume of World Heritage sites within the borders makes driving through the country an absolute pleasure— with amazing things to see a mere hour or two away from the next.

Depending on where you will call home for the duration of your stay, chances are you are a stone’s throw away from something truly wonderful, so we’ve put together a comprehensive guide to the sites that the worldwide community has deemed the most stunning, awarding them with the World Heritage title, organised by region.

The world-famous city of Oporto (also known as Porto) is the second largest in Portugal and is best known for its port wine, its commercial and industrial centre, the Dom Luís I Bridge (another UNESCO World Heritage site) built in 1881–85 from a design by a disciple of the French civil engineer Gustave Eiffel, and of course, the awe-inspiring azulejo-adorned Porto Cathedral built on the site of a Visigothic citadel dating back to the 12th-century.

You can’t visit Porto without trying the ever-famous “francesinha” dish, a formidable stack of cheese, ham, sausage, magical red sauce, and french fries. We recommend ordering one and sharing it with your dinner companion, as the caloric volume of this delicious beast might prevent you from indulging in the wealth of baked goods available at cobblestone-terraced “pastelarias” (bakeries) scattered throughout town.

Just across the Douro river in Vila Nova da Gaia sits the striking circular 16th-century Monastery of Serra do Pilar, instantly recognisable for its circular-shaped façade and cloister. The view from this hilltop will lend to sweeping views of the river below and give a glimpse of the Dom Luis I Bridge spanning the Douro into the centre of Porto.

The Prehistoric Rock Art Sites in the Côa Valley, which extends into Spain where it is called the Siega Verde, is an open-air Paleolithic archaeological site located in the northeastern town of Guarda, near the Portuguese border with Spain. On the site, you will find detailed engraved rock drawings of horses, cows, and other animals, as well as human and abstract figures that date back to anywhere from 22,000 to 10,000 B.C.. Guarda is a two-hour drive from Porto, so it’s an easy day trip to get there and back along the EN102 road.

The Alto Douro Wine Region is centered on the Douro River in the Trás-os-Montes e Alto Douro region. Located some distance upstream from Porto, this region is sheltered by mountain ranges from coastal wind and water infiltration lending to some of the best conditions for growing wine in the country. It’s no wonder that it made UNESCO’s World Heritage site list, as it has achieved the highest wine classification available (called DOC). While the region is associated primarily with the production of port wine, the Douro produces just as much table wines known simply as “Douro wines.” Pro tip: These wines go perfectly with a “francesinha”, and basically anything else you want to pair them with. 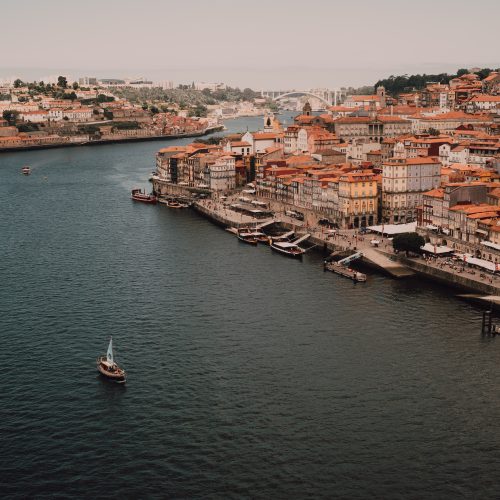 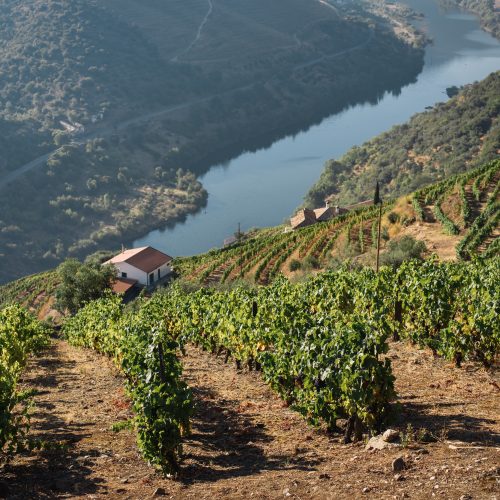 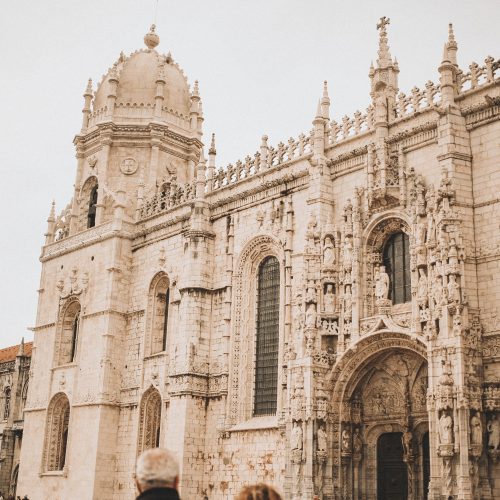 Lisbon and its surrounds

Lisbon is full of historic sites, so it must have been a difficult decision to only tap the Jerónimos Monastery and the Tower of Belém as the two UNESCO sites within the city limits. These two incredible feats of ancient architecture are located in Belém, Lisbon, accessible on foot by ten minutes from one another, depending on whether you get caught in the bi-weekly flea market that pops up between them, or the incredible Berardo Collection Museum nearby. The 16th-century Jerónimos Monastery is best known for its cloisters and indeed the main cathedral, which houses the tombs the Portuguese explorer Vasco da Gama and the great poet and chronicler of the Age of Discoveries, Luís de Camões.

Just a 40-minute drive from Lisbon is the magical and eerie hilltop royal retreat of Sintra, in which you might enjoy exploring the fabulously bright Palacio da Pena and its surrounding gardens, or the mason-built wonderland of Quinta da Regaleira, famous for its wells with moss-covered radiating staircases swirling down to the cave system below, or the extraordinary palacette of Monserrat with its incredible landscaping and literary history as the favourite writing site of Lord Byron, referenced in his famous poem Childe Harolde’s Pilgrimmage.

Just an hour away from Lisbon is the Monastery of Alcobaça, a Catholic monestary established in 1153 by the first king of Portugal, Afonso Henriques. The monestary is located in the town of Alcobaça, which is known for its amazing pastry culture, so if you should choose to pass through, make time to relax on the main square with a cup of coffee and something sweet. Bonus points if it contains apples, as this region supplies the whole of Portugal with them! Since it’s only 120 km to the north of Lisbon, this is an excellent spot for a day trip destination.

The Convent of Christ in Tomar is another must-see, as this is the 12th-century stronghold of the Knights Templar, built in a cinematic mix of Romanesque, Gothic, Manueline, and Renaissance architectural styles. It’s only a 1.5 hour drive from Lisbon, and well worth the trek, as the convent is huge, and full of wonderful sights to see around every corner. The most noteworthy element of the church and cloisters is arguably the chapterhouse window made by Diogo de Arruda in 1510–1513, so don’t miss snapping a photo of it! The town of Tomar itself is a charming one, filled with restaurants and charming calçadas that are a pleasure to visit.

The Baroque-style Palace of Mafra is an easy 28 kilometres from Lisbon toward the famed beach of Ericeira. Construction of this magical palace began in 1717 under King John V of Portugal and was concluded in 1755, making this striking landmark one of the more modern of the UNESCO heritage sites. The highlights include six historic organs, a library thought to be one of the most beautiful in the world (complete with bats!), and an 18th-century infirmary.

The Monastery of Batalha is an enormous 15th-century Gothic- and Manueline-style monastery located north of Lisbon in Leiria that took over a century to build, including some of the first Portuguese-made stained glass windows in the history of the country. The unfinished chapels are particularly stunning, as the ceiling was never put on, making the sanctuaries open to the elements and therefore stunning for photo-ops.

Évora’s Historic Center as a whole is next on the UNESCO World Heritage site list. It is the historic capital of the Alentejo and is best known for its well-preserved old town centre, still partially enclosed by medieval walls, and its many monuments that date from various historical periods, the most impressive of which is the ruins of a Roman Temple of Diana. Other sites worth visiting is the Chapel of Bones, the Cathedral of Évora, and the lesser-known Clock Museum.

The City of Elvas and its Fortifications is built on the largest bulwarked dry-ditch system in the world, is surrounded by the best surviving Dutch-school fortifications in the world, and is flanked by the incredible four-story 7km-long Amoreira aqueduct that allowed the town to withstand lengthy sieges. To say this is an ancient military town is an understatement, and it’s worth checking out every corner of it, especially the impressive 10-pronged star-shaped Fort of Graça.

Angra do Heroismo is a city and municipality founded in 1478 on Terceira Island, Portugal, and is one of the three capital cities of the Azores. Angra’s port was an obligatory port of call from the 15th century until the introduction of the steamship in the 19th century and is therefore directly associated with the development of maritime exploration that allowed exchanges between the world’s great civilisations.

Lastly, the Landscape of the Pico Island Vineyard Culture is characterised by an extensive network of long black basalt stone walls that run parallel to the coast towards the island’s interior, erected to protect the vines from the wind and the salty sea spray. The vines are planted in thousands of these small rectangular enclosures locally called currais, that are exceptionally well-preserved and have been in continuous use for over 500 years.

We hope you enjoy visiting these as much as we did!